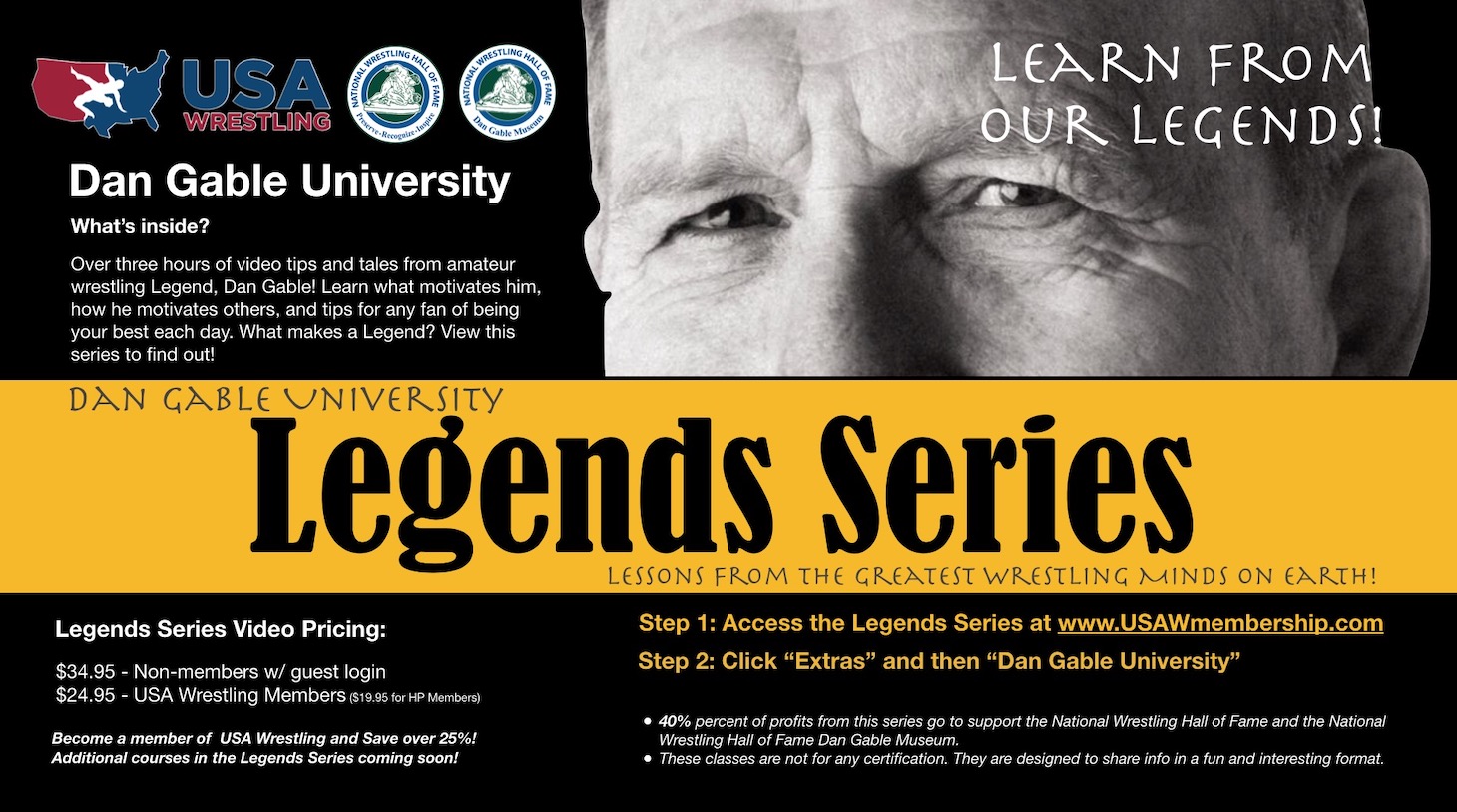 This series contains 26 chapters and more than three hours of interviews, history, tips, and tales with Coach Gable in his home, his cabin, at the Iowa Wrestling Hall of Fame, and a tour in his hometown of Waterloo, Iowa.

Created by USA Wrestling’s National Coaches Education Program, in partnership with the National Wrestling Hall of Fame and the Dan Gable Museum, the goal of the new series is to help share the stories of the people who have helped forge the way for amateur wrestling in America and the world.

40% of profits from this series go to support the National Wrestling Hall of Fame and Dan Gable Museum.